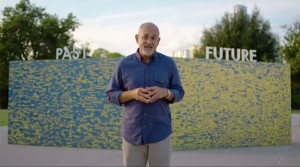 Harvard psychology professor Dan Gilbert has made a series of TV ads that are tiny behavioralist masterpieces.

Our latest Freakonomics Radio episode is called “How to Make a Smart TV Ad.” (You can subscribe to the podcast at iTunes or elsewhere, get the RSS feed, or listen via the media player above. You can also read the transcript, which includes credits for the music you’ll hear in the episode.)

I don’t watch too much TV but when I do, I see a lot of terrible commercials. They range from sophomoric to earnest to delusional. Occasionally you’ll see a clever ad but almost never do you see one that’s actually interesting.

Almost never — but not never never.

Today’s podcast is about a series of interesting ads which sell Prudential financial products and feature as their pitchman the Harvard psychology professor Dan Gilbert. A few questions are in order:

Gilbert is the author of the wonderful book Stumbling on Happiness

and has given several popular TED Talks: “The Surprising Science of Happiness,” “The Psychology of Your Future Self,” and “Why We Make Bad Decisions.” How did a guy like him end up as a pitchman for a financial-services firm? As Gilbert tells us: “They said, ‘we’re interested in doing data visualization and bringing to life the very thing you’ve been thinking about for most of your career, namely errors of prospection.’ … Well, that got my attention.’

In the podcast, you’ll hear extensively from Gilbert — as well as the ad man who approached him (Ray Del Savio at Droga5) and the Prudential executive who helped make it work (chief brand officer Colin McConnell).

I never thought we’d make an episode of Freakonomics Radio extolling the virtues of a series of TV ads for a financial-services firm. But I hope you’ll agree this was worth talking about — and I’m all in favor of raising the level of TV ads.

WSWS campaigns for unity of US and Canadian autoworkers
Sunday August 23rd, 2015 at 12:02 PM

A World Socialist Web Site Autoworkers Newsletter reporting team spoke to workers at the General Motors plant in Ontario about the need for an international strategy for autoworkers to fight for jobs and wages.
Read the whole story

Britons are more worried about immigration than ever by Clara Guibourg
Sunday August 23rd, 2015 at 12:00 PM

Britons are more worried about immigration than ever before, as the migrant crisis in Calais continues to worsen.

Immigration and the state of the NHS are the two political issues that UK adults worry most about, according to new figures from Ipsos Mori released today.

Half of those polled replied that immigration was one of the most important issues facing Britain, an increase of nine percentage points since last month and the highest figure Ipsos Mori has recorded.

Among Conservative voters, the percentage concerned about immigration shoots up further, with two thirds of Tories worried about the issue. Labour voters are less concerned, but two fifths still cite it as an “important issue”. The poll also found that older people are far more likely than young adults to see immigration as an important issue.

Read more: London is leading the UK's tech boom - but it needs immigration to stay ahead

There are also big geographic differences: Londoners care least about immigration, with just 29 per cent of those surveyed in the capital worrying, compared to over half in the Midlands.

Ipsos Mori’s Bobby Duffy attributes the growing concern to a “constant media attention” in the wake of the Calais crisis:

We have never seen concern about immigration this high, and when one single issue reaches 50 per cent it tends to signify that the public perceive that is something which needs to be addressed urgently.

Is It Okay for Restaurants to Racially Profile Their Employees? A New Freakonomics Radio Episode by Stephen J. Dubner
Sunday July 5th, 2015 at 5:02 PM 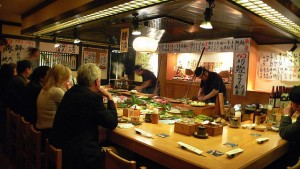 Our latest Freakonomics Radio episode is called “Is It Okay for Restaurants to Racially Profile Their Employees?” (You can subscribe to the podcast at iTunesor elsewhere, get the RSS feed, or listen via the media player above. You can also read the transcript, which includes credits for the music you’ll hear in the episode.) The gist of the episode: We seem to have decided that ethnic food tastes better when it’s served by people of that ethnicity (or at least something close). Does this make sense — and is it legal?

A listener from Salt Lake City named Bailie Hicken wrote in with an observation that I’m guessing many of you have also wondered about:

I was in L.A. last night at a sushi bar and I noticed [that] everyone working here is Asian. In fact everyone at every sushi restaurant I have ever been to — which is probably a lot, because I love sushi — is Asian. I mean I get it — it is part of the ambiance of eating at a Japanese restaurant. Nobody wants sushi made by a white guy; they just don’t. If it isn’t made by a Japanese guy with a goatee, it is a fail. So a prerequisite for being hired is that you are Asian? Just an assumption. So why is it okay that some restaurants can hire only Asians at a Japanese restaurant, but if someone wanted to hire all white, or “American-looking” people at, let’s say, some very Americanized restaurant, then people would be pissed? Or all black, all women, all gay, whatever really. How do the Asians get away with it? Let it be noted that my grandpa is Japanese, so I am a quarter, and I love the Asians. I just thought it was interesting, and somehow felt like I should write you an email about it so that you could possibly find some answers for me. A girl can dream right?

We took Bailie’s questions to heart and set out to explore the issue of racial profiling in restaurant hiring — not just at sushi restaurants but lots of different kinds of restaurants (Chinese, Mexican, Indian, etc.) where the servers generally look like they come from the place where the food comes from (even if they don’t actually come from there!).

We begin with a visit to two of my favorite neighborhood restaurants on the Upper West Side of Manhattan: Gabriela’s Restaurant and Tequila Bar and Elizabeth’s Neighborhood Table. I talk with the proprietors, the husband-wife team of Nat andLiz O. Milner. Nat comes from a distinguished New York restaurant family and firmly believes that waitstaff ethnicity is an important part of the whole dining experience:

NAT MILNER: When you walk in to Gabriela’s, you don’t want to see me. I mean, you’re looking to see Gabriela. … I have red curly hair and a red beard and … I think there is something to say about that, that people want to come to a Mexican restaurant and be surrounded by Spanish-speaking people with dark hair, right?

As Milner makes clear, a lot of this ethnic-specific restaurant hiring happens by self-selection — i.e., Latino employees find their way to Mexican restaurants, Asian employees find their way to Japanese restaurants, etc. — but what if such hiring is more systematic and, potentially, discriminatory? That’s the question we ask of John J. Donohue III, a Stanford Law professor (who’s also, handily for our purposes, an economist):

DUBNER: I could imagine  there would be some people out there — based on nothing more than what their face looks like — who say, you know, I would have loved to have a job waiting tables in a sushi restaurant, or a Mexican restaurant, or an Italian restaurant, but because I don’t look Asian, or I don’t look Latino, or I don’t look Italian,  those were off-limits to me. So could you imagine a time in the perhaps not-too-distant future where this kind of hiring practice is looked at as unacceptable and perhaps even illegal?

DONOHUE: Certainly could happen, and … the statute is pretty clear. And if you’re taking ethnicity into account without some of these other possible defenses being present [e.g., firm size], you are technically subject to an employment discrimination lawsuit … Interestingly, we haven’t seen much in the way of litigation in these small, ethnic cuisine scenarios.”

But as we learn from Justine Lisser of the Equal Employment Opportunity Commission, there has been some such litigation:

LISSER: We sued a Houston restaurant … which was supposed to be an upscale Mexican restaurant that fired already-hired servers, one of whom was African-American, one of whom was Vietnamese, because they quote “didn’t speak Spanish” … But it had an extremely diverse group of patrons. It certainly didn’t have only a Spanish-speaking group of patrons. And the reason of not speaking Spanish was, we were alleging, was a pretext to make sure that all of their servers were Hispanic — again, to sort of fit in with the theme. And this is not legal. I mean, for any restaurant, or any employer to put in a requirement like a language requirement, it has to be — and this is the legal phrase of art, “job-related and consistent with business necessity.” And in most instances, it is not job-related and consistent with business necessity.

You’ll also hear from the American-Irish comedian Des Bishop, who got a job as a greeter at a Chinese restaurant, in China, and did not like how he was greeted. And Steve Levitt talks about the kind of restaurant he’d be most likely to open (fast-food, naturally) and how he’d go about hiring ethnic-appropriate waiters and waitresses if he opened a Swedish restaurant in America.

LEVITT: If I have a Swedish restaurant I want to fill it up not just with people who are tall and blond, but who have nice Swedish accents as well, whether they’re real or fake.

DUBNER: And so how do you advertise for those jobs in the paper?

Don’t worry, Levitt comes up with an answer eventually.

Anti-austerity 'No' voters celebrate the results of the first exit polls in front of the Greek parliament in Syntagma Square in Athens, Greece July 5, 2015. Greeks voted overwhelmingly "No" on Sunday in a historic bailout referendum, partial results showed, defying warnings from across Europe that rejecting new austerity terms for fresh financial aid would set their country on a path out of the euro. REUTERS/Yannis Behrakis - RTX1J44Z